It came to our attention that the National Guard facility at Camp Williams has never had a religious facility for worshiping and counseling other than a barracks type space.  We were approached about our willingness to help in an effort to build a non-denominational facility, Sunrise Hall,  that would fill this need.  We as a company, and individuals, have a great feeling of gratitude for the sacrifice that has been, and is being given by the men and women who are sacrificing so much for our freedom.  We were surprised to find out that no government funds can, or will be, used for such a cause and that the only way such a religious facility could be built would be through private donations of time, materials, and money.  We agreed to act as the general contractor and extend our services on a no fee basis as our commitment .  There have also been large contributions of money to help cover the hard costs. We worked with the architects for over a year, designing and redesigning the project so that it would meet the needs of the Guard and the construction budget. 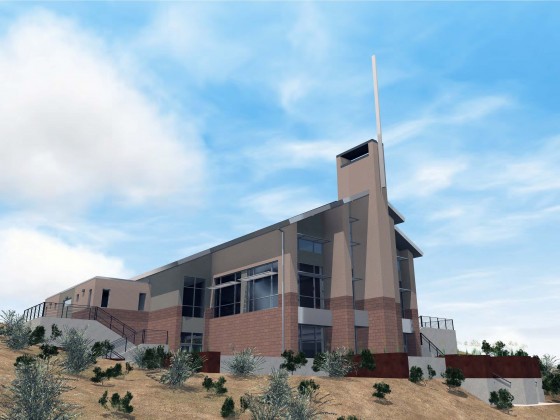